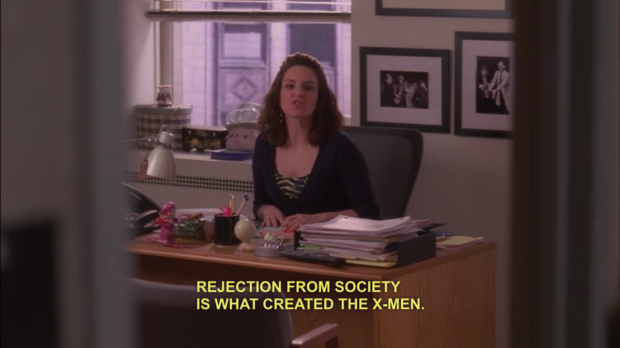 I just don’t understand the obsession with relationships in this society. Particularly among people my age. So many of my Facebook friends are getting engaged and married, and those who aren’t are alarmingly desperate for mates. I, on the other hand, have zero interest in connecting with other people. In fact, I have a bizarrely passionate aversion to it. One of my acquaintances, who comes from a pristine, wealthy family—the kind that you imagine takes a yearly portrait, all wearing matching, monogrammed polo shirts in Easter pastels and shorts with tiny embroidered boats on them—just got engaged, and in every photo she posts on Facebook, her engagement ring is strategically placed. In one picture, her fiancé is across from her, drinking a beer, and the only other thing in view is just her left hand, posed with the ring in a prominent position. In fact, I think her ring is the only part of the picture that’s in focus, and her fiancé is blurry in the background, like an after-thought. Her mom posted a photo of a cake that was present at the proposal and decorated with the message “She said yes!” in frosting. I really think that was a bit presumptuous. What if she had said no? They would’ve had to smudge the frosting and change it last minute. They probably would’ve just thrown the cake out in that case, but no need to waste a good cake just because of a declined proposal. I actually can’t think of a good reason to EVER waste cake. If I’d been there and she’d said no, I still would’ve stayed to eat the cake. Better to just have a blank cake and fill it in after she answers. You can’t be too cautious with these things.

Anyway, she’s posted a bunch of these photos, flaunting the materialistic obsessions that form the foundation of every solid marriage, and of course each caption gushes about how perfect and happy they are as a couple. It makes me want to reach into the photos, rip the pearls right off her perfectly tan neck, make a noose, and hang myself with them. The life she’s in for seems like absolute dread and misery to me—haircuts that look more like a bowl with each passing year, increasingly high therapy bills, expanding waistlines, and forced use of those terrible bumper stickers that go on the backs of mini vans (exclusively) and feature nauseatingly boring cartoon families.

And it’s not just that I don’t understand or want relationships—it’s also that I’m simply not equipped to be in them. Partly, I am romantically retarded. For example, I think someone attempted to ‘sext’ me the other day and it went right over my head. And a few weekends ago, I think I accidentally ended up on a date without realizing it, although I can’t be sure. I was so caught off guard and had no clue how to act. I ended up bumbling like a fool about urinary tract infections. I actually said to the guy, “The UTI is THE worst pain I’ve ever had. Sorry if that’s TMI. TMI on the UTI hahaha,” and then kept laughing painfully awkwardly. At one point during the evening, I looked down to realize that I had about 8 jumbo tampons jutting out of my bag. Figuring I might as well embrace the reality of the situation instead of trying to pretend like the tampons weren’t out, loud and proud, I said, “You know how there are various tampon sizes, like ‘light,’ ‘regular,’ and ‘super’? I think there should be a next size up called ‘super duper.’ Don’t you think that would be fun?”

And besides being romantically challenged, also, I am just not an attractive person by any standard definition. Any desire I have to be the type of girl who is physically attractive to men is far outweighed by my desire to do nothing to be physically attractive. I consider it a miracle if I shave my legs; I can, and do, out-eat every male I know—I will DESTROY a Chipotle burrito; I find it hard to make it out of my apartment in anything other than spandex with a glaringly obvious underwear line; and I sport a nice mustache that rivals the best amongst pubescent boys. I’m pretty revolting. Once, I was vacuuming in my bedroom (a rare occurrence), and I came across something small and dark on the floor. I picked it up, realized it was a chocolate chip, ate it, and then stopped vacuuming. And I’m lucky if I have good skin days—usually I have major meth-face. I’m also the person who hoards animal crackers at work—I will down the entire Costco-sized, communal jar. I’ll go into the kitchen, shamelessly make my shirt into a hammock, load it up with the animal crackers—you know, like kindergartners do with sand when they want to build a castle—and then hold it with one hand while walking back to my office and stuffing a fistful of crackers into my mouth with my other hand. I really should just take the whole carton into my office, but, in an effort to pretend like I’m not as disgusting as I actually am and perpetuate the illusion that I share the crackers with others, I don’t. These are the lies I tell myself—the delusions that keep me going. The good news is, normally communal food jars are breeding grounds for germs, but since I never give anyone else the chance to eat the crackers because I literally eat all of them, no one else’s germs make it into that jar but mine. I guess I’m marking my territory. I think this is evidence that I would do well in a contest of survival of the fittest. Which is also probably not a dateable quality or one that men look for in women.

The bottom line is, relationships and dating are not in the cards for me. The only recent prospect I’ve had anyways was a guy who asked me out over AOL Instant Messenger. Not even Gchat! AIM. I couldn’t help but respond, “What year are we in? 1999? You’re about 16 years too late, buddy.”

I have what’s called a ‘massage lotion candle’—you’re supposed to light it and then use the melted wax as massage lotion. It was gifted to me—obviously I wouldn’t make such a falsely optimistic purchase for myself. For those of us who don’t have anyone to massage or be massaged by, it’s really just a ‘lotion candle,’ or, a candle. Being given such a gift really forces you to evaluate your life and relationship situation. I guess, for now, I will use the candle for more practical purposes, like if a hinge needs greasing in my apartment, or to light in my bathroom after I’ve destroyed that Chipotle burrito, or, what’s more likely, if I stuff myself into pants that are too tight and need to lubricate my way out of them. But, if I get stuck in the pants, it’s no big deal—it’s not like I’ll be needing to take them off for anyone anytime soon anyways.

One thought on “As Featured on News Cult: My Generation’s Obsession with Relationships & How I Fail at Them”