[Current] Me: “OksoImisjudged! That is not uncommon for me.”

Boss [still mocking apparently]: “There’s just something special about him.”

Whether you have the boss from Hell or one who’s miraculously not the worst, there are ways to get along with them. Here’s how.

Your boss is going to ask a lot of ridiculous, maddening, aggravating things of you, and you’re going to want to throw them out the window and watch as their body splats into a million little pieces on the pavement, which is why you have to maintain composure, keep calm, and smile your way through all the bullshit. I don’t care how hard you have to fake it, just don’t let them see you sweat, break, or devolve into a homicidal maniac, no matter how much you’re tempted. Trust me, the time will come when you will have your vindication and you’ll be able to metaphorically smack their face with a baseball bat while you scream about how incredible their incompetency really is (or literally—no judgment here—this is a safe space).

You probably feel a lot of pressure to be someone you think you ‘should’ be, or the perfect employee, or fulfill a certain professional mold. But honestly, you will never live up to those expectations because let’s face it you’re mediocre at best, so you’ll crumble faster than blue cheese under that burden and end up worse for it. Your boss theoretically hired you because you’re you, so just be you.  And if they don’t like it, it’s probably not a good fit anyways (and of course they can go fuck themselves). Spending at least 40 hours per week putting on a performance is so unsustainable. Getting up each morning is hard enough without the prospect of having to pretend to be someone else all day. So let’s not set ourselves up for failure (although when we fail, we do fail spectacularly).

Look, there’s no doubt that they have a lot of shortcomings, and maybe even some just pure evil traits. But there’s something redeeming about everyone—so strap in, dig deep, and find it. If Jesus could do it, so can you. It may solely be the fact that they can’t resist donuts (and of course the plus side there is that they want to lose weight but never will because they can’t stop indulging their inner fatty, so we will take pleasure in their failure to become the svelte, vapid, vain POS of their dreams). Or maybe it’s that they give you things they don’t want, like that phone case they ordered but didn’t end up liking (one man’s “ugly” or “dysfunctional” is another man’s “IDGAF because phone cases are like hella expensive”), or the bottle of wine someone sent them but apparently isn’t to their liking (hey, we’ll take it—we don’t believe in “bad” wine), or the wedding gift from their in-laws, which, yes, is an atrocious bronze deer head, but could totally be repurposed as a coat hanger, and we’re poor so we don’t have the luxury of just running around buying real coat hangers.

If you’re having a work-related issue, talk about it with your boss. Or even if you’re having a non-work related issue; like, I, for one, am pretty sure my boss is thrilled when I come into his office and announce, “I’m just going to go lie on my floor because I can’t deal with life. Isn’t it just really hard? Like, everything is awful.” You want to keep the lines of communication open, so that when there is a conflict, it can be worked through versus blown up to the point of a bigger problem going forward, or you getting fired, or you hiring a hit man to take out your boss. You just gotta be cool, man. Ride those waves, because yes there will be downs, but there will also be ups. Who knows, maybe your boss will admire your bravery when you tell them you don’t appreciate it when they yell at you and you would respond better to constructive criticism (or tbh no criticism at all because you’re a perfect snow angel), or they’ll appreciate your honesty when you own a mistake (or, as we like to call it, a “learning opportunity”), or they’ll come into your office with a box of Girl Scout cookies and talk about their own personal problems for an hour. Honesty is the key to a good relationship (or so I hear). And it’s also the only way to build trust (and you can’t abuse someone’s trust if you don’t have it in the first place).

Look at them as an ally

Like it or not, you and your boss are allies by definition. So even if you’d jump ship given the right opportunity, or even if you pray for their painful death every night, or even if it seems like their sole purpose in life is to make yours terrible, you do work for them and they do need you. So find a way to play nice. And maybe you’ll even realize that you can actually help each other. Even if your boss is basically Hitler, if you come through for them, the chances they’ll come through for you, whether it’s in a letter of recommendation, or cutting you some slack when you need to take a personal day, or giving you a nice bonus, are that much higher. And no one is saying you can’t still subtly manipulate and destroy them, should that be warranted—just don’t be obvious about it. Keep your strategic warfare on the DL, and maintain the appearance that  clear skies are ahead so that you can get the best use out of your relationship with your employer. #friendsclose,enemiescloser #anallyisjustanenemyyoucanusetoyouradvantage #thefirstpartofthathashtagjustlooksliketheword’anally’

Me: “Alternatively, she is drowning herself.”

while you’re talking to your boss in his office, and it spills all over you and his beige leather chair.

I don’t think there is any definitive timeline for when to ask for a raise–it depends on the job. But I absolutely think it’s reasonable to request one after you have put in sufficient time and effort (use your discretion to determine what that means for you–don’t be an asshole, but don’t be a doormat either). And, guess what? Most likely, unless you actually have a good boss which is practically unheard of, you’re going to have to ask for a raise, even if it’s obvious you deserve one. Because employers don’t want to pay you more–it’s in their interest not to.

But too bad for those fuckers, because they apparently don’t know who they’re dealing with. Who is that, you ask? US–we are Spartans. We are gladiators. We are champion eaters. We don’t back down when McDonald’s tells us we’re too old for a Happy Meal toy. And we’re not going to cower in fear of asking for a raise. Here are some methods I suggest you use to go about getting your desired result: mo’ money (but less problems–we really don’t need anymore problems at this point–like, we’re already the band geeks with bad acne who couldn’t get dates to prom so had to take our cousins–please don’t add headgear to that).

Walk into your boss’ office, preferably at a time when he or she (most likely he if we’re being honest–sexism in the workplace is REAL) is not expecting you, and slam your fist on their desk whilst declaring your value (priceless, a la MasterCard). I find it helpful to pretend you’re Oprah.

I mean it’s obvious to us why you’re an invaluable, shimmering bird of paradise, but just spell it out clearly so there’s no mistaking it–list the ways you have contributed and gone above and beyond, and either present it to your boss formally, or have it in your head so you can make your case in conversation. But don’t be boring about it–don’t just ramble things off. Make it a meaningful, dynamic presentation (so NO PowerPoints. If you use a PowerPoint, I will personally hunt you down and give you a strongly worded lecture).

I know this is foreign to us, but this way, you’ll come off as pleasant, confident and steady on the outside even though you hate everyone and everything and are dying of nerves on the inside.

Express your desire to grow at the company

Even if it’s total bullshit–you’re not going to get a raise if you say, “Hey, I kind of hate this fucking job and your stupid face, but can I have more money?” Throw in lots of flowery language about how you see the “growth potential” as an “exciting opportunity” and would love to keep “learning” from your colleagues, and “verticals” and “assets” and “collaboration” and “strategy” and “integration” and “brand optimization” and “diversifying” and “landscape.”

Request your raise at a time when your boss needs your support more than ever. I.e. during the few days after his wife has had their first baby, or when she finds out her husband has been having an affair, or when he’s preparing a very important presentation for his boss. Think of this less as taking advantage of them/the situation, and more as strategic genius.

Fake it til you make it

Listen, we’re not fooling anyone, least of all ourselves–we are self-doubting, anxious, painfully awkward trainwrecks. So we’re going to have to pretend our lives aren’t our lives to accomplish this one. Time to put that Girl Scout Theater Patch-qualifying acting class you took when you were 10 to use and act like you are sure of yourself and know your worth. So make like you’re in bed with the last guy you dated, and fake it. 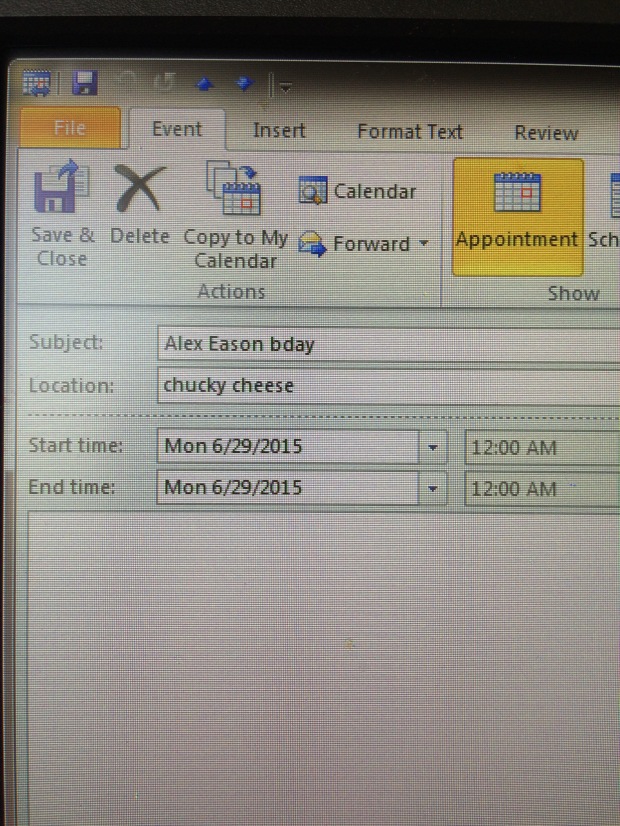 Boss: “You have a special kind of tact. It’s like…anti-tact.”

“Has he sent you a picture yet, of him eating an oyster or something?” [re: my boss, who just flew to Vancouver, and I guess oysters are big there or something?]

Me [as I shove popcorn in my face and burst out laughing]: “I would not want to see a picture of that!”

COO [as he pauses, then looks at me disapprovingly and starts walking away down the hall]: “I worry about you, Alex, I really do.”

Me [yelling after him, through popcorn-mouth]: “You’re the second person today who’s said that to me!!”

COO [from down the hall]: “You should take note.”

Me: “WHY HAVEN’T YOU OFFERED ME ONE UNTIL NOW?! THIS HAS BEEN HERE ALL DAY.”

Him: “Up until now you haven’t deserved one.”