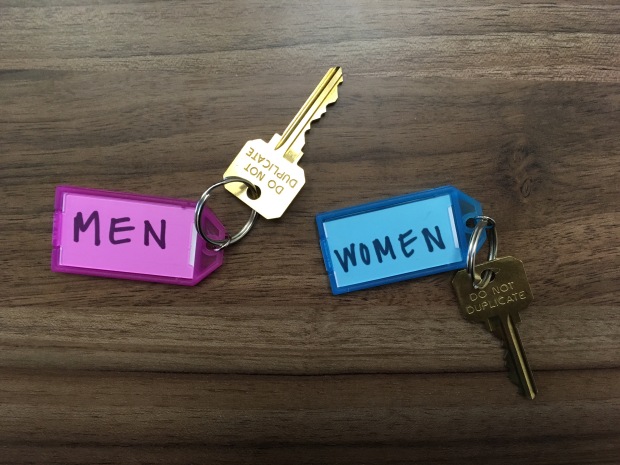 I think we can all agree that it’s hard to say no. I’m not even necessarily talking about the rape-y kinds of situations, although those certainly apply, but really just generally in life. It’s hard to say no because no generally means disappointing someone. And even if we don’t give two fucks about how someone feels, and we really don’t, we—(yes, especially women—men, come at me with your arguments here when you get barraged with requests for your number in bars by trolls ONLY, every time you go to one)—are made to feel like we have to accommodate others—their feelings, their needs, their desires. Ours come second, pleasing everyone else comes first. And frankly I’m sick of it. So I’m determined to get better at saying no—not just making excuses and tip-toeing on eggshells, but just flat out saying no.

I think the most important thing to remember is that you’re the boss.

Just like that time you were babysitting that 7-yr old and he tried to run the show and eat a ton of chocolate at bedtime and you put your foot down and were like “No bitch—I’m in charge, and you don’t get to eat all of the chocolate because that’s just rude and did you even think about how I feel and how I may want some chocolate??” It’s so easy to feel like your power is taken away from you when someone is rude, intimidating, obnoxiously persistent, etc. But just remember that you control you, and you don’t have to answer to anyone else (unless you’re in prison, in which case idk).

The bitchy nurse at your doctor’s office is trying to rush you and ignoring your questions? NOPE. You’ll take your damn time and she can burn in Hell. The hairdresser is trying to force a pixie cut on you? FUCK no, we’re not trying to look like Peter Pan—life is hard enough for us, we don’t need to add in looking like an asexual leprechaun. The pushy salesman won’t let you out of his vice grip unless you buy his 24k gold face cream? What starts with “N” and ends with “O”? We don’t want your shit skincare products, and you telling us you’ll take a hit by not only giving us a discount but also giving us your personal employee discount because you “can tell we’re a good person and you want to help us” isn’t gonna change our minds—insult someone else’s skin on your own time. And btw you’re not exactly one to talk, pizza face.

Also remember that you don’t owe anyone an explanation.

Saying no only becomes easier when you yourself don’t believe you have to explain it. You’re allowed to say no and end it at that. You don’t want to share your food with someone? Sorry not sorry, maybe they should’ve ordered what you got because your taste is DANK. You don’t have to go on a whole monologue about how this is the only thing on the menu you can eat because of your allergies, plus you haven’t eaten all day and you’re positively STARVING, and on top of that, you’re just like really sick, like they may not be able to tell but you’re basically dying on the inside, so you’d hate to spread your germs. The person with the clipboard you walk by every day at lunch asks you for money and for whatever reason you’re not inclined to give him any? You don’t have to explain to him that you have already dedicated your time, efforts, and money to other (arguably more important) causes, or that you can’t afford to give him money, or that you just don’t want to—you’re within your rights to simply say no. [Except that actually you kind of do have to explain that last one because frankly if you can afford Starbucks every day you can afford to help people who are a lot worse off than you, so don’t be that asshole].

Plus, the more you explain, the weirder it gets. Like, people are ok with hearing “no” more often than you’d think—they only start to question things when you keep digging the hole deeper. If your friend invites you to that music festival and you have no interest in spending 48 sweaty hours in a mob of high idiots who can’t manage to use a porta-potty and leave it halfway decent (it’s literally your worst nightmare, you’d actually rather be boiled to death), there’s no need to tell them all of that and risk forcing the realization that they make terrible life choices. Just say, ‘no thanks!’ Or if a guy asks you out and you’re not into it? You’re not required to protect his ego by going on about how you’re just not really dating right now because you just got out of a messy relationship and you’d really like to be friends with him but are basically becoming a nun—like, trust you, no one is getting up in there, so it’s totally not about him, his personality, or his receding hairline. Just simply tell him no. If he gets to ask, you get to answer.

What’s the worst that could happen?

Someone is upset? Who cares! Upsetting people is our middle name! We’re not about to start giving a shit now. If someone is going to get butthurt because you tell them no, that sounds a lot like not your problem. And honestly, none of this will matter in 300 years anyways. Unless you say no when someone asks you to donate to their cancer research, and had you helped, they would’ve found the cure—in which case, you’re basically a mass murderer. All for a grande skinny vanilla latte.